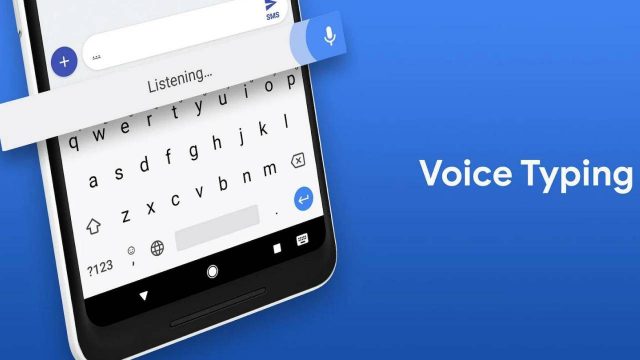 The new update for Gboard is being rolled out OTA (over the air) to all Android powered smartphones and it should arrive today. As previously mentioned, the new update is going to make it possible for Gboard’s speech recognizer to function while offline and understand “output characters one by one, as you speak, with white spaces where appropriate” according to Google’s AI developer team.

Therefore, Gboard users should keep their eyes peeled at their smartphone’s notification panel and get the new update as soon as it arrives.

“In a traditional speech recognition engine, the acoustic, pronunciation, and language models we described above are “composed” together into a large search graph whose edges are labeled with the speech units and their probabilities. When a speech waveform is presented to the recognizer, a “decoder” searches this graph for the path of highest likelihood, given the input signal, and reads out the word sequence that path takes,” explained the developers in charge of Gboard’s AI function.

“Typically, the decoder assumes a Finite State Transducer (FST) representation of the underlying models. Yet, despite sophisticated decoding techniques, the search graph remains quite large, almost 2GB for our production models. Since this is not something that could be hosted easily on a mobile phone, this method requires online connectivity to work properly,” added the developers.