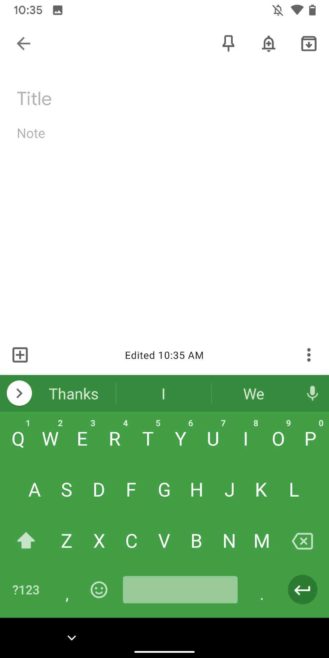 Android Q is the next operating system from Google and the Android parent has already released the third beta version. This is why we already have a pretty good idea of the top features that Android Q will have to offer such as the ability to customize the user interface’s accent color. While this might not seem like such a groundbreaking feature, it’s a nice addition that is making it possible for users to customize the Android user experience.

As if the ability to pick a specific user interface accent color was not awesome enough, Google confirmed that Android Q is going to introduce a system-wide Dark Mode. This is great news for Android fans because it means that they can use a special mode that makes the smartphone’s applications easier on the eyes and also lower the overall amount of battery power that those apps need to use thanks to the darker themes.

The reason why we are talking about the customization options that Google is planning to introduce in Android Q is because the Android parent has just announced that Gboard will be able to automatically identify color accents and the Dark Mode. Therefore, Gboard’s theme color will change according to the accent color or Dark Mode that the user picks.

We should mention that Android fans who are not interested in customizing the color schemes of the user interface, Gboard will respect the standard ones. Therefore, Gboard doesn’t require users to access any customization/personalization settings in order to offer premium user experiences.

Nonetheless, the fact that Gboard will automatically recognize and change according to the accent color or Dark Mode that the user has picked is a nice addition to the plethora of features that the Android operating system offers.