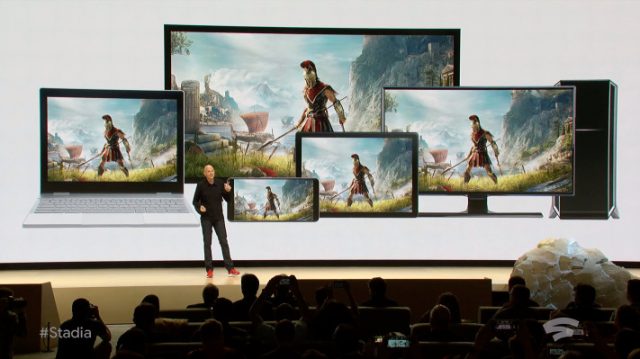 We reported yesterday that Google confirmed that Destiny 2 will feature cross-play and that it will be available on the new Stadia cloud-based gaming platform. Well, it looks like Google wants to let everyone that Stadia is going to have more than one single AAA game and it announced 30 of the most exciting games that will be available on launch day. Therefore, today we are going to present all the games that Google has confirmed will be featured on Stadia when the streaming service goes public.

As we can clearly see, Google Stadia will feature lots of popular games right on launch day. However, the title that stands out the most is the brand-new Baldur’s Gate 3. Fans of the Baldur’s Gate franchise have waited 18 years for the game to be announced and now, it finally happened.

The game is developed by the same studio that created the fan-favorite Divinity: Original Sin 2 and if you want to find out more information about it Baldur’s Gate 3 and watch the cinematic trailer, then you should CLICK HERE.