The latest trend when it comes to the user interfaces of apps is the highly popular Dark Theme. Every popular app is introducing a Dark Theme that users can toggle on/off whenever they feel like it. This is a good thing because the Dark Theme comes with many benefits and people who don’t necessarily like it can always disable it.

Nonetheless, Google is now the latest software company to test out the Dark Theme and no, we are not talking about Android Q’s upcoming system-wide Dark Mode. Google is testing out a Dark Theme for its Search app.

The Android parent held its highly anticipated Developer I/O event last week where it announced lots of exciting news such as the fact that a pure Android foldable smartphone is being worked on. However, one of the most important announcements that Google made during the event is that its Search app is going to receive a Dark Theme. The developers who are in charge of the Search app are currently working on a new color scheme which is going to be automatically activated by Android Q’s system-wide Dark Mode. 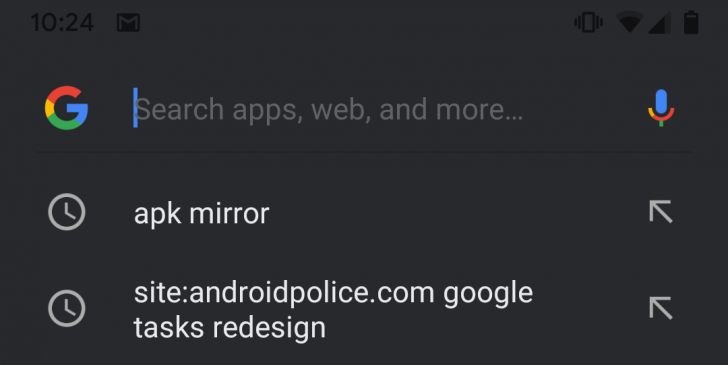 The Dark Theme for the Search app will start in the Pixel Launcher where it is the most noticeable. The Pixel Launcher will transform into a transparent black bar when the dark mode is activated and it will appear in the same color scheme in the Discover feed.

The Benefits for the Dark Theme

As previously noted, the reason why every popular app is getting a Dark Mode or Dark Theme is because this has many benefits. First off, the apps that feature a dark theme will be easier on the eyes of Android users and not just that, but the black color scheme looks awesome as well. Lastly, the dark theme is going to lower the overall amount of battery power that an app needs to run.