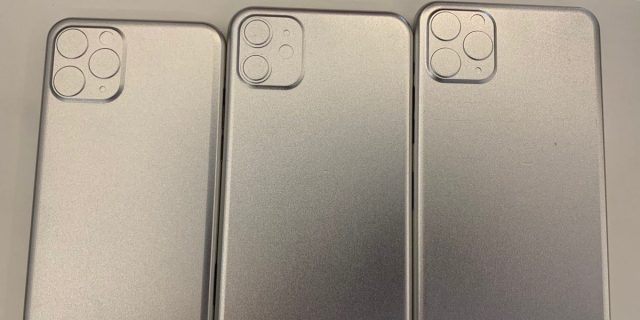 As we are getting closer to September, so are Apple fans getting more excited about the next-generation iPhones. The Cupertino based tech giant is scheduled to launch a new iPhone lineup in September in and in typical Apple fashion, we don’t have that much official information about them. Despite Apple’s best efforts to keep all iPhone 2019 information secret, we got lucky and an iPhone 11 mold leak has surfaced on the web.

In case there are some of you who are doubting the iPhone 11 mold featured in the picture above, we need to let everyone know that these are made according to Apple’s exact schematics. Apple sends these molds to case manufacturers and the dimensions are also coming from the source. Therefore, the leaked iPhone 11 mold is as solid as it can get.

Apple is always one to innovate the smartphone industry when it comes to design and from the looks of it, 2019 is not going to be an exception to that rule. The reason why we are saying this is because the leaked iPhone 11 mold is showing us that the new iPhones will feature a rear camera bump.

While the bump might look cool because it houses multiple cameras, we can’t deny the fact that the camera bump is also going to make it easier for iPhone 11 users to scratch them.