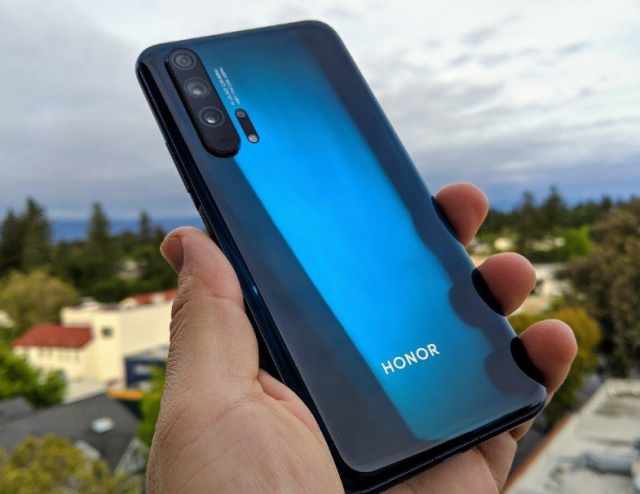 We reported last week that the official press render that Huawei is going to use for Honor 20 Pro was leaked and you can check it out here. Well, it looks like Huawei hasn’t learned its lesson. The reason why we are saying that is because Honor 20 Pro has been leaked once again and we get to see the upcoming flagship smartphone in its full glory. To make things even better, Honor 20 Pro was also spotted on GeekBench earlier today.

As we can clearly see in the picture featured above, a new Honor 20 Pro press render has made its way on the web. This leads us to believe that the smartphone is going to launch sooner than expected. Nonetheless, the leaked press render shows us that Honor 20 Pro is going to feature a beautiful design and that it will not be equipped with a rear-mounted fingerprint reader and instead, the smartphone will feature an in-display fingerprint scanner.

Honor 20 Pro is one of the worst kept secrets of the smartphone industry and there is no doubt about that. The smartphone was spotted on GeekBench a couple of hours ago which further confirms that Huawei is planning to launch Honor 20 Pro soon.

The smartphone scored a whopping 9,709 points in the multi-core test and 3,278 points in the single-core test. The results are quite impressive and they confirm to us that Honor 20 Pro has what it takes in order to be a flagship device.

The reason why press renders of Honor 20 Pro keep appearing on the web is because the smartphone is expected to launch in London on May 21st and Huawei is getting prepared to start the marketing campaign. In addition, Honor 20 Pro will be accompanied by Honor 20.