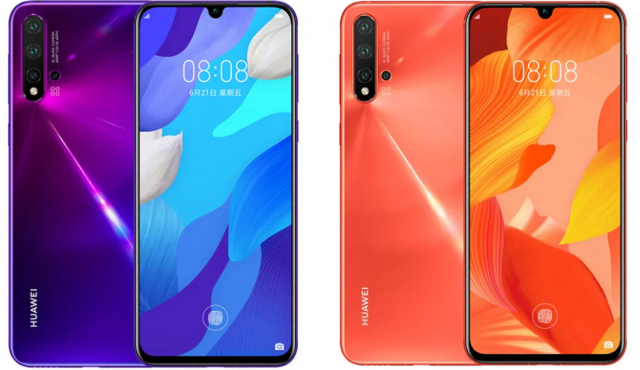 We reported earlier today that an official Huawei press material has been leaked. The leaked picture which everyone can see by clicking HERE revealed that Huawei is planning to launch a bunch of exciting devices during the upcoming future, including an unannounced MediaPad M6 tablet. Well, now Huawei has further confirmed the launch of the devices by testing the performances of Nova 5 on GeekBench.

For those who are unfamiliar with GeekBench, this is an online platform where tech companies test out the hardware performances of their upcoming smartphones to see if they are ready to launch. With that said, let’s check out how Nova 5 did on GeekBench. 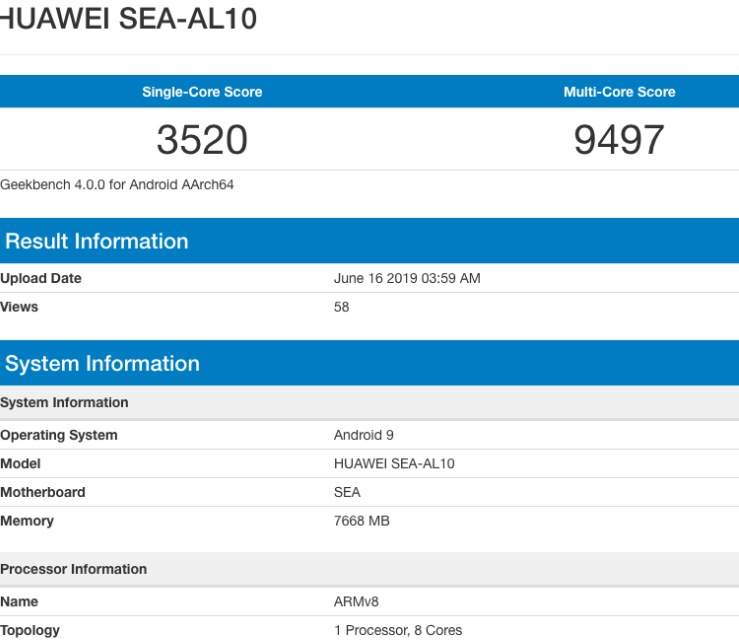 Since things haven’t been going that well for Huawei lately with the US Trump Administration banning Google and all other US-based from selling their software to Chinese-based companies, Huawei needs to make sure that all its upcoming smartphones feature premium performances and user experiences. Therefore, Huawei has made sure to equip Nova 5 with a Kirin 980 CPU and the whopping amount of 8GB RAM so that it can crush all performances tests.

The next-generation smartphone from Huawei scored an impressive 9,497 points in the multi-core test and 3,520 points in the single-core test. This shows us that Nova 5 is a powerful smartphone and that it won’t have any issues dealing with heavy duty tasks such as mobile gaming for example.

The last thing that we want to mention about the Nova 5 GeekBench listing is the fact that it confirmed that the upcoming smartphone will run on Google’s Android 9.0 Oreo. This is the latest operating system update that Android fans can access and Nova 5 will run on it straight out of the box.