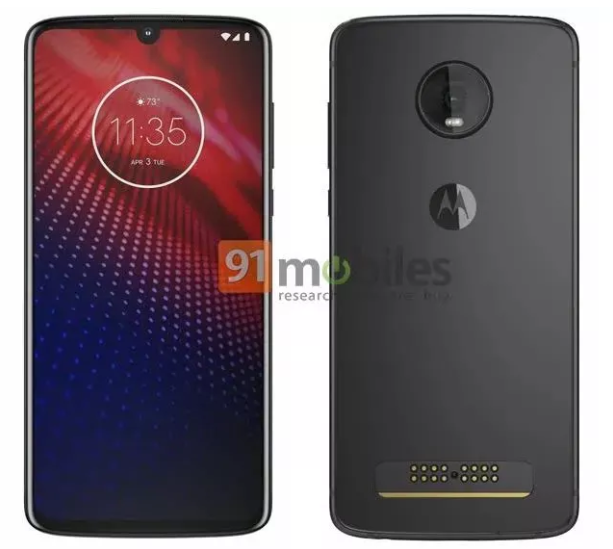 The smartphone industry is dominated by giant tech companies such as Apple, Huawei and Samsung. Therefore, smaller companies have a difficult time launching successful smartphones because competing against the latest iPhone or Galaxy S flagship is no easy task. However, Motorola is not one to give up that easily and it wants to revolutionize the smartphone industry with its highly innovative modular smartphones.

A new leaked surfaced on the web and it shows us that Motorola is getting ready to launch a new modular device called Moto Z4. This smartphone will run on Google’s Android operating system and the copper contacts on the rear side confirm to us that Moto Z4 support different mods.

Previous leaks have shown that Moto Z4 will be powered by Qualcomm’s octa-core Snapdragon 855 CPU. This is the most powerful mobile processor available on the market which shows us that Moto Z4 will hold the title of being a flagship smartphone. Moto Z4’s design looks great and it ships with tiny bezels and a “waterdrop” top notch. Moreover, the next-generation modular smartphone is reportedly going to feature a 48MP rear camera made by Sony.