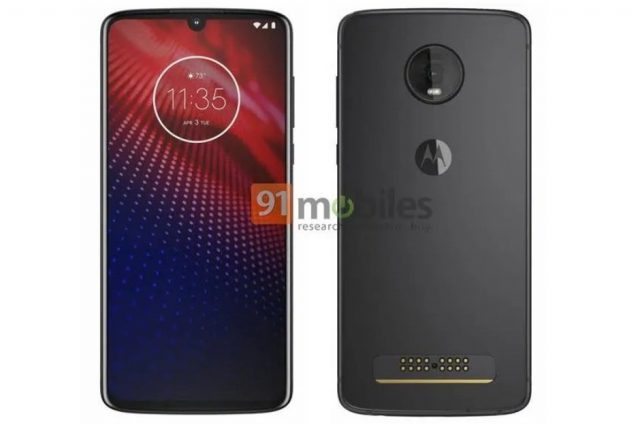 Even though Motorola has already launched four smartphones in 2019, this doesn’t mean that Motorola is not planning to launch any new ones. In fact, Motorola is known for always releasing its most powerful smartphones towards the end of the year.

Therefore, it should come as no surprise that Motorola fans are highly anticipating the company’s next-gen Moto Z4 to come out. Luckily, we don’t have to wait any longer in order to get an idea of what kind of hardware specs the upcoming smartphone will have to offer because they have just been leaked.

The folks at 91mobiles are claiming that they somehow managed to get their hands on the marketing material for Moto Z4. We have to mention that this website is renowned for always being the first to access all the latest smartphone leaks and therefore, the new leak Moto Z4 that they are presenting seems credible.

Nonetheless, Moto Z4 is expected to ship with a 6.4-inches panel that uses OLED and full-HD resolution technology. The smartphone is not going to feature a rear mounted fingerprint reader and instead, the Moto Z4’s fingerprint is going to be “hidden” beneath the display. This is a nice feature that is surely going to give Moto Z4 an edge over its competition.

Furthermore, the smartphone is said to run on stock Android 9.0 Pie operating system that is paired with Google’s Digital Wellbeing and Lens software. Not just that, but Motorola is surely going to equip the operating system with its own Moto Experiences, Moto Display and Moto Actions.

Last but not least, the Moto Z4 is going to be fueled by Qualcomm’s Snapdragon 675 SoC that ships with support for 5G networks. From the looks of it, Moto Z4 is shaping up to be a powerful flagship smartphone that certainly has what it takes in order to compete against the likes of Galaxy S10.