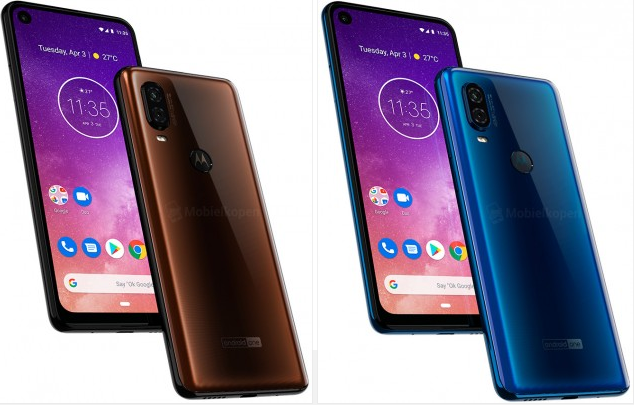 Right from the start, we want to mention that the leaked press render of Motorola One Vision doesn’t come as a surprise. Motorola announced last month that it is working on multiple Android One devices and that they are going to be launched later this month.

Nonetheless, the leaked press render reveals that Motorola One Vision will ship with the innovative punch-hole camera design. This is a great design that is mainly used by premium smartphones.

Moreover, Motorola One Vision will feature a rear-mounted fingerprint scanner and a dual-camera setup. According to previous leaks, the camera module is going to feature 48MP and an aperture of f/1.7 alongside OIS (optical image stabilization).