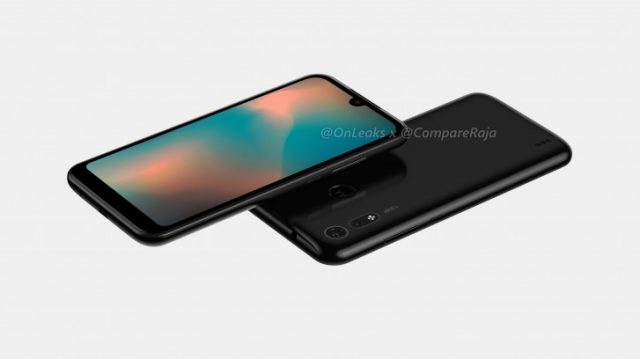 We reported earlier today that Meizu 16s was spotted on TENNA running with a Snapdragon 855 CPU and 8GB RAM but now, we have something even better to show you. Motorola’s next-generation P40 Play smartphone has been leaked and this is not just a press render that we are talking about.

As we can clearly see in the picture featured above, the upcoming Motorola smartphone is going to ship with a full-screen display. The display measures in at 5.6-inches and it features a “water drop” top-notch where the selfie camera is located. We don’t know much about the selfie camera, but what we do know is that the rear mounted shooter features 13MP and a depth sensor.

From the looks of it, Motorola P40 Play will be a mid-range smartphone and therefore, it should come as no surprise that Motorola has decided to equip the smartphone with a rear mounted fingerprint scanner instead of an in-display one.

We can also spot a microUSB port on the bottom side. Motorola P40 Play will measure in at 147.7 x 71.5 x 9.2mm and its thickest point is on the rear side where the primary cameras are located. The last feature that we want to highlight is the 3.5mm headphone jack.