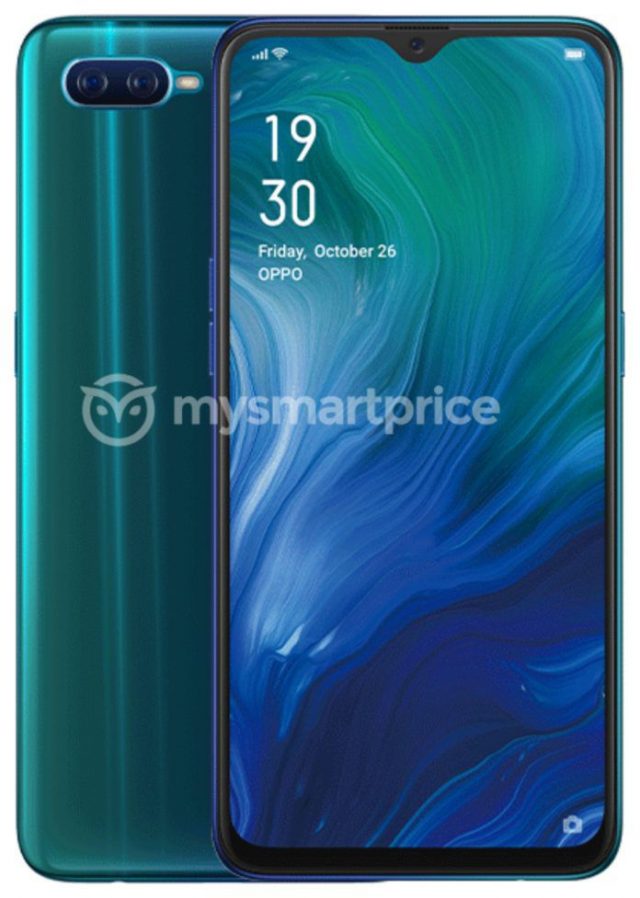 There have been many leaks during this past couple of months which revealed that Oppo is planning to launch three new Reno 2 series devices. Two of them are scheduled to launch on August 29th and they called Reno 2Z and Reno 2F. Oppo didn’t reveal too much information about the third smartphone but luckily, the official press render of the smartphone has just been leaked. Not just that, but the leak also reveals the highlight specs that the smartphone will have to offer.

The first thing that we want to mention about the third Oppo Reno 2 series model is that it will be called “Oppo Reno A”. The folks at Mysmartprice got their hands on the smartphone’s leaked press render and it reveals that Oppo Reno A looks quite similar to all the other mid-range smartphones that Oppo has to offer such as A5S and A9. However, this is not a bad thing by any means since Oppo Reno A is equipped with a full-screen display that features a “water drop” top-notch.

As previously mentioned, we got lucky and the new Oppo Reno A leak also reveals which are the smartphone’s key selling specs. With that said, Oppo Reno A is going to be powered by a Snapdragon 710 CPU which is the same processor that is going to fuel Reno 2Z.

In addition, the processor is paired with 6GB of RAM and 64GB/128GB of internal storage space which can more than likely be improved via a microSD card.