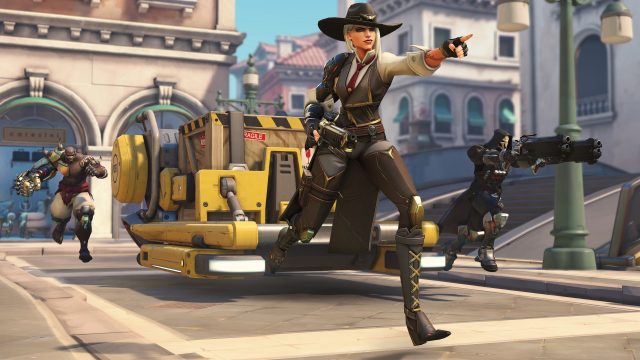 A new update is coming to Overwatch, but it doesn’t bring a new hero. However, the update makes up for that by introducing the highly anticipated Workshop. This is a special mode for the game that is going to enable players to write their own scripts and rules which make it possible for players to customize the game with lots features such as modify the way heroes are damaged or healed and much more.

“Create games in ways previously unimaginable with the Workshop! The Workshop is a simplified game scripting system that expands the customization features available in the Game Browser. Within the Workshop, you’ll create a Script to add Rules and unique play Conditions on top of the established Overwatch game modes you already know and love. Rules can do many things, like change how a hero’s movement and abilities work, modify how players are damaged or healed, or even display text under certain circumstances,” explained Blizzard.

The True Power of the Tool

As we can clearly see in the statement made by Blizzard, the Workshop is a powerful tool that is enabling players to customize the game to their liking. Jeff Kaplan who is the Overwatch game director said that the features that the Workshop offer are so powerful that players can even use them to create their own heroes.

This is Not a Map Creator

Jeff Kaplan also wanted to make it loud and clear that the Workshop is not a map creator. Players will not be able to import anything that they create in the Workshop into the public client.

Not just that, but they won’t receive access to features that make it possible for them to add new geometry or similar effects. Nonetheless, the Workshop is a great tool and Overwatch players who have a programming background will have lots of fun with it.