Looking for the finest Greninja Pokemon Go movesets and counters? There are many different Pokémon to meet on your journey through Pokémon Go, but Greninja has a particular position in the annals of the Pokémon franchise. Water and Dark-type Pokémon Greninja is the last form of the Froakie family’s evolution, but that isn’t what makes it special. Ash, the show’s protagonist, Mega Evolved his Greninja without utilizing the requisite Mega Evolution stone, making it the first Pokémon in the Pokémon anime series to do so. Though we are certain that Greninja will be able to Mega Evolve in the future, this is currently not possible in Pokémon Go. Although Greninja isn’t the strongest Pokemon in Pokemon Go, it’s still important to study the best movesets and counters against it.

Greninja is not the weakest Pokémon, as we’ve already established. Since he shares the Water and Dark types, he may reach a maximum CP of 2654 and learn a wide variety of effective techniques and resistances. Greninja, among other things, can withstand attacks of the Ghost, Steel, Fire, Water, Ice, Dark, and Psychic types. Greninja takes just 63% damage from these attacks, and 39% damage from Psychic ones.

Greninja isn’t invincible, however; there are plenty of Pokémon and sorts of attacks that can take him down. Greninja is vulnerable to attacks of the Fighting, Bug, Grass, Electric, and Fairy types since it is a Water and Dark type Pokémon. Greninja takes 160 percent more damage from these kinds of attacks. This means that Greninja is vulnerable to attacks from Pokémon whose elemental weaknesses align with his own. However, not every Pokemon has the same level of effectiveness. These Pokemon are excellent choices if you’re seeking alternatives to using against Greninja in Pokemon Go: 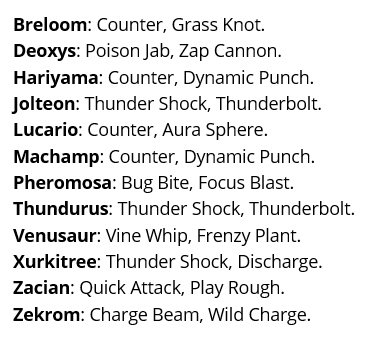