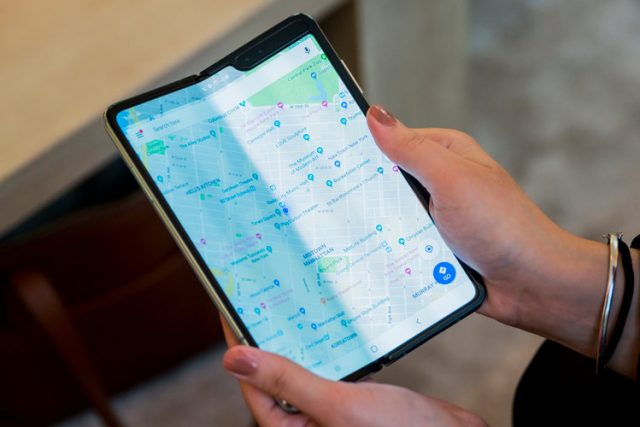 We reported yesterday that Samsung’s brand-new Galaxy Fold has sold out in only a couple of days after being listed for pre-order. This came as a surprise to everyone since the innovative smartphone features an expensive price tag of $2,000. Well, it seems like the folding display technology was more than a good enough reason to spend a small fortune on the device for Samsung fans. On the downside of things, reports have flooded the internet with news that the folding display has lots of issues.

According to multiple reports, the $2,000 folding smartphone from Samsung has some serious problems. Samsung fans are complaining that only days after purchasing the smartphone, the display breaks in two. Not just that, but there are some videos on YouTube which reveal that the folding display will randomly start flickering lights and then simply shut down.

In another instance, two journalists have removed a thin, protective layer from the folding display because they believed that it was supposed to come off. However, this isn’t the case and the protective layer shouldn’t simply peel off.

The worst thing about this is that Samsung promised that the Galaxy Fold is more durable than everyone thinks. Samsung guaranteed to everyone that the smartphone has been thoroughly tested so that it can be opened and closed for more than 200,000 times without anything bad happening. From the looks of it, Samsung either didn’t test all Galaxy Fold units or lied about the testing process in the first place.

No one would have been shocked if the folding smartphone started malfunctioning after a couple of months. However, the folding display starts glitching after one day of usage and considering that this is a $2,000 smartphone we are talking about, this is unacceptable.