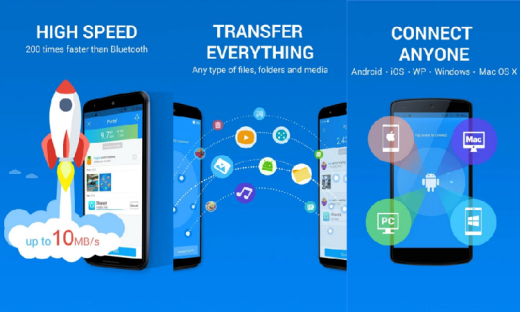 SHAREit is a great app that makes it possible for everyone who owns a smartphone to share all types of files in a matter of seconds. Even though there are many apps which offer similar features, SHAREit is always the better choice because it guarantees that the files which are being shared with it will not lose any of their quality.

However, there are lots of hidden features that most SHAREit users don’t even know about! Here is where we come in because today we are going to present the most useful SHAREit hidden tips and tricks.

One of the main reasons why SHAREit is becoming so popular nowadays is because people need it for their school or work presentations. With that said, our first hidden SHAREit feature is the app’s ability to control PPT presentations. This feature can be accessed by connecting SHAREit to the PC and then by taping on the “PPT Control” green icon.

What’s great about SHAREit is that it can share files with all types of smartphones, even with the ones who don’t have SHAREit installed on them. This can be done through a feature called Webshare. This feature works by getting the receiver to scan a QR code with the smartphone’s camera.

Since SHAREit is an app that has been developed with for the sole purpose of sharing files, no one should be surprised to find out that the app can also share files to multiple smartphones at the same time. To make things even better, the only thing that SHAREit users need to do in order to share files with multiple smartphones is to simply tap on the “Group Share” icon and then tap once again “Create Group”.