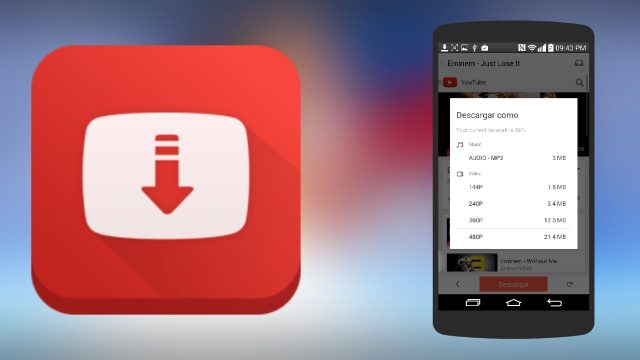 Today we have something special to present to you! SnapTube is one of the most popular apps in the Android community for its ability to download online videos from the internet and it has just received its first APK update in 2019. The update was released two days ago (January 12th) and it comes with a handful of bug fixes and software tweaks that take the app’s performances to the next level. Without any further ado, let’s check out everything there is to know about the new update.

The latest update for SnapTube changes the app’s version number to 4.56.1.45621010 and as its title implies, it comes in the form of APK. For those who are unfamiliar with this format, APK is an acronym that stands for “Android Package Kit” and as you can probably tell, it’s exclusive to Android powered smartphones.

Therefore, the new SnapTube update is available only to Android smartphones. Although, there is something else that we need to mention about it. Since the update has been released in the form of APK, this means that SnapTube fans are not going to find it listed on the Google Play Store and instead, they will have to manually download it from a reliable APK website.

Considering the fact that SnapTube is an app which excels at downloading online videos, no one should be shocked to find out that the developers of the app have made sure to include a bunch of software optimization tweaks in the new update that improve SnapTube’s video download speeds. This makes the new update a top priority download!

Leaving the faster download speeds aside, SnapTube fans should be happy to know that the update also comes with a handful of bug fixes that enhance the app’s overall software stability, thus guarantying that SnapTube will not randomly crash due to bugs.