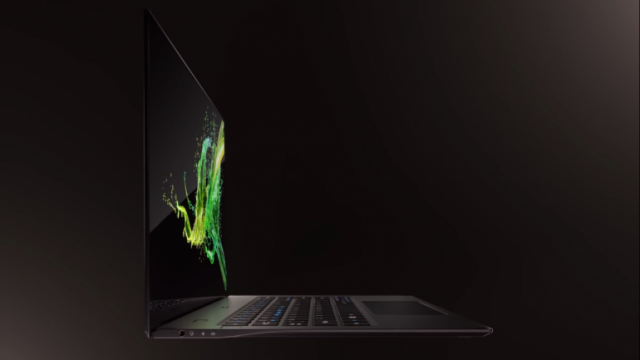 CES 2019 started a couple of days ago and laptops are the most powerful devices that were revealed during the tech event. The common theme between this year’s laptops is that they all feature displays that focus on delivering stellar performances with technologies such as HDR and AMOLED while also thinning the bezels around them. Nonetheless, today we are going to present the top three best laptops that were showed off during CES 2019.

The first laptop on our list is the Dell XPS 13 and as its name implies, this laptop features a 13-inches display. The laptop also ships with an eight generation Intel Whiskey Lake quad-core CPUs that is touch-enabled for 1080p. To make things even better, Dell has figured out a way to place the webcam above the display which helped Dell slim down the bezels.

Just like Dell XPS 13, the new Huawei Matebook 13 features a display that measures in at 13-inches and it offers a high resolution of 2,160 x 1,440 pixels. The bezels have also been reduced and the screen features a 3:2 screen aspect ratio. When it comes to hardware power, the Huawei Matebook 13 is going to also be fueled by the eight generation Intel Whiskey Lake quad-core CPUs.

Asus Zenboon Z13 is equipped with a 13-inches display which features the slimmest screen bezels with an impressive 97% screen-to-body ratio. The bezels are so thin that Asus was required to create a reverse notch in order to find a place where to mount the webcam. Just like the previous two laptops, the Asus Zenbook S13 is powered by the eight generation Intel Whiskey Lake quad-core CPUs, but this time, Asus is pairing the CPUs with a next-generation GeForce MX150 option for the premium variant of the laptop.