Even though it’s 2022, board games never get old. We get it: you might have that old preconception that board games like chess, backgammon, scrabble, or monopoly are either too hard to learn or just plain boring. But once you get tired of all the stereotypes of RPGs and shooter video games, you may find it very pleasing to play something that puts your brain to work a lot more.

You may have tried chess once or twice, and you realize that it’s too hard for you. You may have even been enthusiastic about it until some point when someone has discouraged you by saying that you shouldn’t give up your day job. Further, you may have decided not to put all your eggs in one basket and try other board games. Ultimately, you were left unmotivated to play those stupid games anymore, as you reckoned them to be a complete waste of time.

Now you read this article, and your passion for board games may have reignited. Good luck! Here are our proposals:

Yes, chess has been around for centuries, and it has its origins in India about 600 years after Christ. It’s practically a symbol of board games! It can be a fabulously complicated game at the highest levels when you play against the computer or if you confront a grandmaster. But guess what? That’s exactly the whole beauty of chess!

It can take years or even decades to master the game of chess, which is why you have to start from the basics. Don’t worry; you can find a lot of tips for entry-level chess players!

Often when you choose to buy a chess board (because, yes, most board games can be played both virtually and physically), you’ll get a special one that can easily be transformed into a backgammon board as well. For some odd reason, chess is often associated with backgammon, although the two legendary board games are almost completely different.

In backgammon, the way the dices roll exerts a huge influence on the outcome of a match. So there’s no use relying too much on brains to win in a backgammon match. However, it remains an incredibly fun and popular game even today, although it’s an older game than chess. Backgammon is about 5,000 years old.

If you want to prove that you’re strong with words, scrabble is the game for you. Compared to chess and backgammon, this game will also test your general knowledge, not just your memory and other thinking abilities.

If you really want to impress someone in Scrabble, make sure to do your homework and learn a lot of words and synonyms from the dictionary!

Ever dreamed of owning a lot of properties? Ever dreamed of being the mayor who always needs to make important decisions regarding buildings? Now’s your chance to make that dream come true by playing monopoly!

Some versions of this game in France contained real money! During World War II, this game was even used to smuggle money.

This is perhaps the youngest game on the list, as it came out in 2016. Humanity has always wanted to build a new home on Mars, which is why this board game was built. The players will have to be in the shoes of corporations that aim todo their best in making the Red Planet habitable.

While space agencies still have a lot of work to do in figuring out how to send the first humans to Mars, maybe they can learn something from you on the subject!

Feel free to tell us if you have a favorite board game and how often you like to play it! Trying out such games can be a lot of fun and even allow you to make friends! 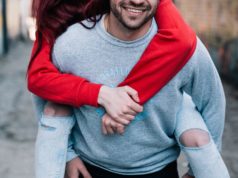 Top Ways to Avoid Getting Ghosted on Dating Apps