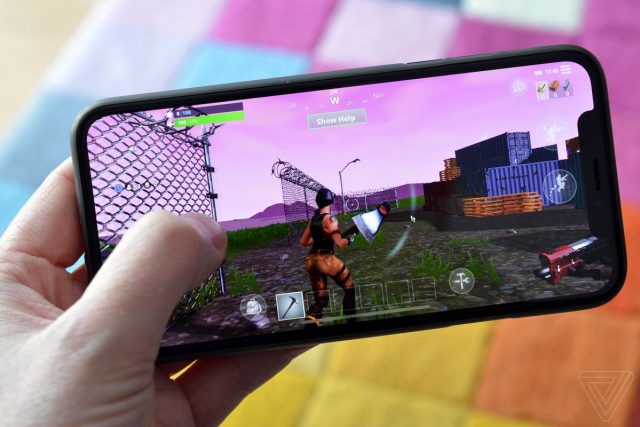 This year has been a rather interesting one for the gaming industry. Battle Royales have dominated the market and as a result of that, Epic Games reports that Fortnite on iOS has made more than $300 million in revenue from microtransactions. The most incredible thing about this is that Fortnite launched on iOS earlier this year on March 15th. This shows us just how profitable free games can be and we think that more game developers might make their games free to play because of this.

Many people were skeptical about Fortnite’s launch on iOS because the game is already available for PC and all other consoles and it didn’t look like people have any reason to play it on their smartphones.

Well, it seems like the critics couldn’t have been more wrong because Fortnite on iOS has been nothing but a success. In addition, Epic Games also launched Fortnite for Android last month and we can only imagine just how much revenue the Android fans base is going to generate.

Battle Royales are Taking Over

The fact that free games which feature a Battle Royale mode are so profitable is influencing all AAA game developers to create their own version of Fortnite and PUBG. This is a concerning trend for gamers who don’t really enjoy games like this because it means that all next-generation games will feature microtransactions that let players get in-game advantages and cosmetic skins.

Let’s hope that the entire EA debacle that kicked off over in-game transactions has managed to turn game developers away from the idea of implementing microtransactions in their games.

The perfect example of the influence that Fortnite has been having on the gaming industry is the new Call of Duty: Black Ops 4 which will feature a special model called “Blackout” which lets players enjoy a Battle Royale gaming experience just like Fortnite does.