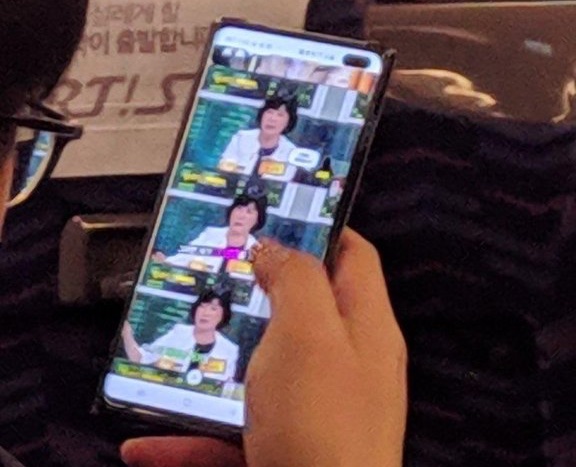 We reported earlier today that Google is bad keeping secrets and that a video review of Pixel 3 Lite has been uploaded to YouTube. Well, it looks like Google is not the only tech company that can’t keep a secret. The reason why we are saying this is because a hands-on picture of Samsung’s next-gen Galaxy S10 + has been leaked online.

Even though most smartphone leaks that we get are press renders, this time we got something even better. The fact that a hands-on picture of Galaxy S10 + has been leaked means that Samsung has finished designing the smartphone and that Galaxy S10 + will indeed launch in early February.

Additionally, the picture was snapped in Suwon, South Korea and the man who is the Galaxy S10 + is believed to be a high ranking Samsung employee.

Since Galaxy S10 + will hold the title of being Samsung’s flagship smartphone in 2019, the South Korean based tech giant has made sure to equip it with only the best hardware parts available on the market. Therefore, Galaxy S10 + will feature a 6.44-inches (16.36 cm) display that offers a high pixel resolution of 1440 x 2960.

When it comes to power, Galaxy S10 + will be fueled by an octa-core CPU that will be paired with 6GB of RAM. Not just that, but Galaxy S10 + will also be powered by a massive 4,000 mAh battery that is going to support fast charging.

Galaxy S10 + is expected to launch in early February and therefore, we don’t have to wait that long until we can see the smartphone in its full glory. In addition, the leaked hands-on picture leads us to believe that the smartphone’s launch date will not be delayed since it’s already out of the development phase. Google Pixel 7 Will Lack a 512GB Version in Some Countries Huawei Mate 50 is Coming Soon – Check Out the Specifications