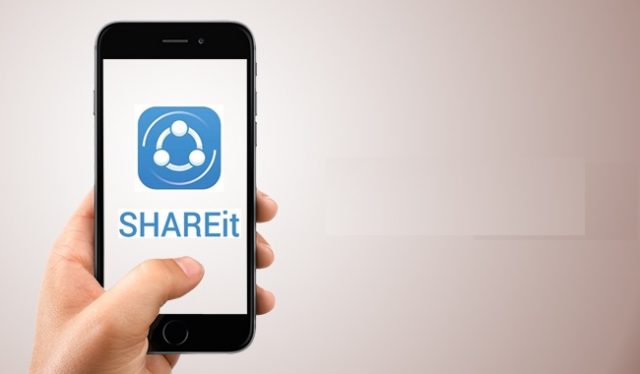 SHAREit is a powerful app that excels at transferring important files between multiple smartphones and today we are going to show everyone just how powerful this app really is by present its top five features. Not only that, but we will also cover the latest update for SHAREit and a short guide on how to install it so that interested readers know what they need to do in order to benefit from the features that SHAREit has to offer.

The file transferring app offers a plethora of features, but the one that is the most important is the speed at which SHAREit can transfer files. Since this app excels at transferring important files, no one should be shocked to find out that SHAREit’s software has been optimized to the point that it can transfer files at speeds that reach up to 20MB/s in optimal conditions. This is 200 times faster than the speed that Bluetooth offers!

What makes SHAREit stand out when compared to apps that offer similar features is the cross-platform support. SHAREit can be installed on the following operating systems: Android, Windows Phone, Windows PC, and iOS.

The fact that SHAREit can be installed on multiple operating systems makes it possible for users to remove all operating system restrictions such as not being able to transfer files from an Android powered device to an iPhone.

One of the most useful features that SHAREit has to offer is its ability to connect to PCs and smartphones. This makes it easier for users to transfer important data such as PPT, Excel and Word documents from their PCs directly to their smartphones.

Another powerful feature that SHAREit offers is its ability to operate in the lack of a network connection. The app doesn’t require smartphones to be connected to mobile data in order to share files. SHAREit does it all through Local Connections that can be created on devices that ship with built-in Wi-Fi support.

The last top feature that we want to present is SHAREit’s ability to transfer all types of files. SHAREit doesn’t place any restrictions on the type of files that users can share with their friends or family members and this means that SHAREit can transfer anything starting with basic MP3 & MP4 files and ending with PDF, DOC and even APK files.

As previously mentioned at the beginning of the article, we also want to present the latest update for SHAREit. Readers who are interested in checking out the features that this app has to offer need should be pleased to know that a new update has been recently released for the app. The update sports the 4.7.8 build number and it comes in the form of APK.

For those who are unfamiliar with APK updates, all that they need to know is that APK stands for “Android Package Kit”. Therefore, this type of updates can only be installed on Android powered smartphones. Not only that, but the smartphones need to have the “Unknown Sources” option enabled since all APK updates are downloaded directly from SHAREit’s official website and not from the Google Play Store.

Nonetheless, the new update introduces a bunch of bug fixes and software tweaks that improve the speed and reliability of the app. In fact, one of the software tweaks introduced by SHAREit’s latest APK update helps the app connect faster to smartphones and PCs.